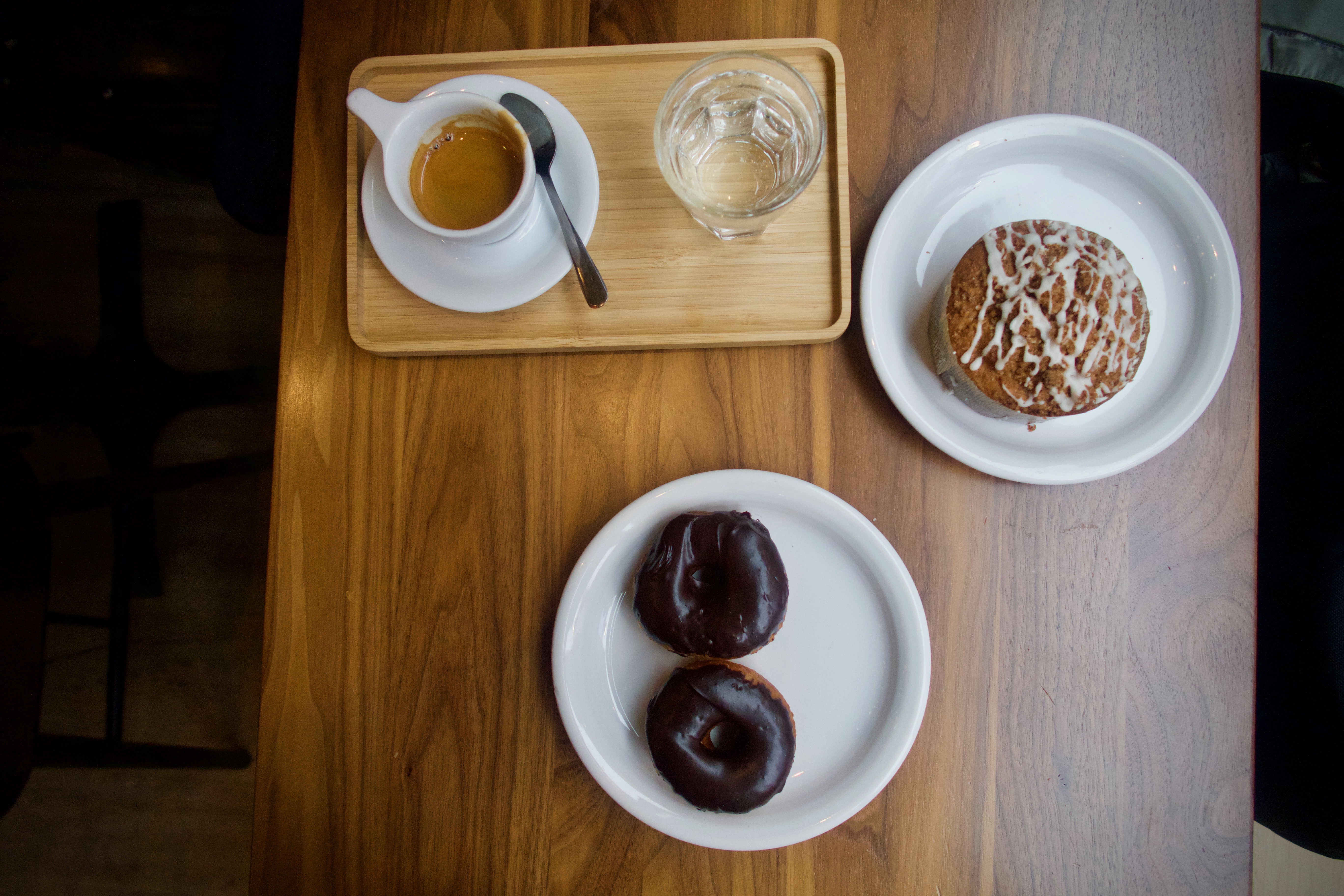 I have wanted to write a coffee-related post for a while, but have always told myself that I didn’t know enough about coffee to justify doing so. But I guess you can never be an expert in everything. Therefore, I’ve decided to post a short review of the coffee shop scene in Boston. I have been to a lot of coffee shops in the US, but I feel like the hipster coffee scene, what others would probably rather call third wave coffee, has become sort of mainstream in Boston. Of course, I’ve only been to a limited number of cafés recommended on various coffee blogs, but I feel like you can get a good cup of coffee in almost any coffee shop. Even their batch brews are quite good. Their flavor profile is usually less complex than that of pour- overs, but the taste is still smooth and the beans have not been roasted to death. I also liked the fact that quite a few of the coffee shops we went to used Kalita Waves for their pour-overs. It is also my filter coffee brewing method of choice because it is easy to use and the brew is usually rich in flavor.

On the first day, we visited Pavement Coffeehouse, which has eight locations in and around Boston. We went to the Newbury Street location in Back Bay because we had to pick something up in this area. I had read lots of good things about their bagels (they also have quite a few vegan options) and that they were one of the first Boston-area cafés to serve pour-overs and cold brews. I was a bit disappointed to find out that they had stopped offering pour-overs earlier this year, according to the barista, but I still thought the drip coffee was quite tasty. Herbert had an espresso, made with their Rhatskeller seasonal blend beans, which he was happy with and he isn’t pleased easily. Usually, if he doesn’t like his espresso, he doesn’t drink it. Our food was also delicious. I had a vegan tequila bagel, which I devoured not just because I was hungry and jet lagged, and Herbert ordered a killer tofu sandwich. Unfortunately, I wasn’t able to try it because I am allergic to avocado, but he said it was delicious. We also treated ourselves to vegan sweets, which were tasty and very fluffy. In short, the coffee shop delivers on all fronts: they both have good vegan food and good coffee, which in my opinion is often quite hard to find.

In the afternoon, we decided to try out another coffee shop because we were quite tired from walking around all day and also still jet-lagged. We selected Thinking Cup near Boston Public Market (they have three locations across town) because I had come across the name in almost all the articles on the Boston coffee shop scene and because they serve Stumptown coffee, which Herbert and I are fans of. I really liked their vintage decor, and we were lucky to even find a table because it was so packed. I ordered a pour-over and Herbert ordered an espresso, as usual. Herbert selected the beans for my coffee, Torres Family from Costa Rica, because he thought it made sense selecting the ones from Central America, which was at least sort of from the same continent. At home, I usually prefer Ethiopian coffee, primarily Sidamo, but I am always open to trying beans from other countries as well. My absolute favorite is Kona coffee, preferably from a smaller farm, but you wouldn’t believe how hard it is to get a hold of the beans in Europe. Anyway, the coffee was really good, both the pour-over and the espresso. The pour-over tasting notes were apricot and brown sugar. I also had a vegan pastry that I don’t remember the name of. It was made with peanut butter and almond flour though.

On days two, three and four, we went to different George Howell locations. On day two, I treated myself to a 10$ Kalita Wave pour-over from Ethiopia, the Gesha Village Estate near the border with Sudan to be precise. Well, actually Herbert paid for it, but it was totally worth it. It was certainly one of the best cups of coffee I’ve ever had. The flavor profile was incredibly complex, fruity at first with a hazelnut finish. Herbert also had a pour-over, using their Finca Merino beans from Ecuador, which he got because he likes merino wool. While it tasted a bit fruity as well, the brown sugar flavor dominated. Both were extremely good, just like the dark chocolate donuts from Union Square Donuts I had for breakfast at the café. They were really moist and tasty and the chocolate layer was quite thick, just how I like it. On day three, we just picked up coffee to go at their Boston Public Market location because you get an espresso or small drip coffee for free with each bag of beans you purchase. Herbert had the Alchemy seasonal espresso blend, which he thought had a strong “coffee flavor,” by which he meant that it wasn’t as smooth as “regular” hipster coffee. On our last day in Boston, we went back to their Godfrey Hotel location. Herbert had the single origin espresso of the day (sadly, I don’t remember the beans used), which he enjoyed a lot more than the one he’d had the day before. I enjoyed another pour-over, which was also good, but not as exceptional as the one from Ethiopia. What I really liked about George Howell is that they offer different roasts for most of their beans — for instance Vienna, “regular,” light and dark espresso roasts, and so on — as well as more exotic beans from places that I didn’t know even grew coffee, such as Panama and Yemen. Now my goal is to find beans from Yemen because they were sold out at George Howell. Sadly, they are quite pricey, but probably worth trying at some point.

On our third day in Boston, we also picked up coffee from Gracenote in the morning, on our way to breakfast. Herbert had a single origin espresso, which he thought was the best of all the ones he’d tried in Boston. Similar to my Ethiopian pour-over at George Howell, the espresso was smooth with a complex flavor profile. At first, it mostly had a citrus taste, which was followed by chocolate and brown sugar notes. Unfortunately, since it was just a small take-out place without tables to sit down at, they also only served drip coffee. It was good, but as mentioned in the introduction, their flavor profiles are usually not as complex, which is probably because they are kept warm in a thermos. The good thing is that they are still quite good in Boston. 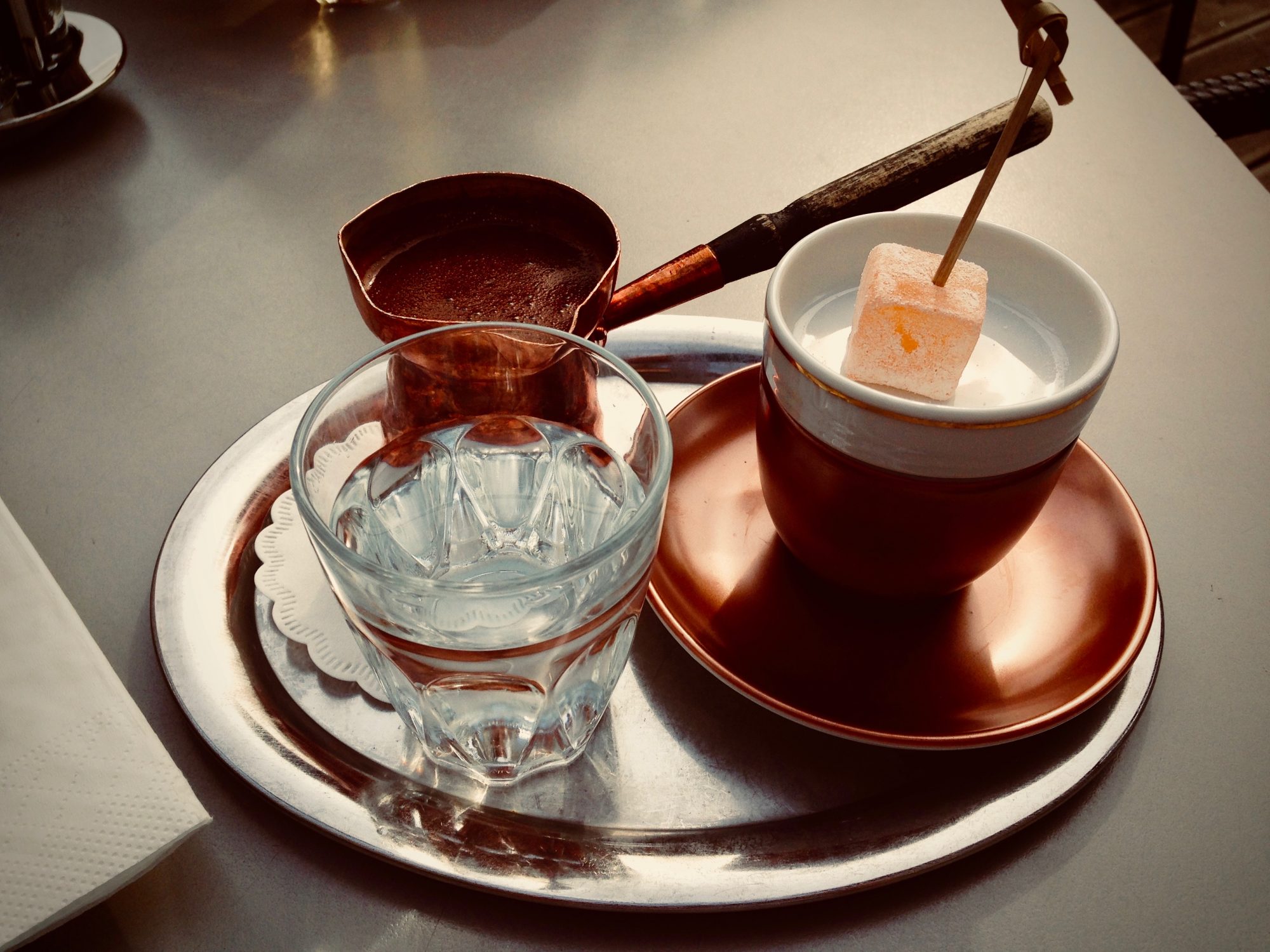 The smell of coffee 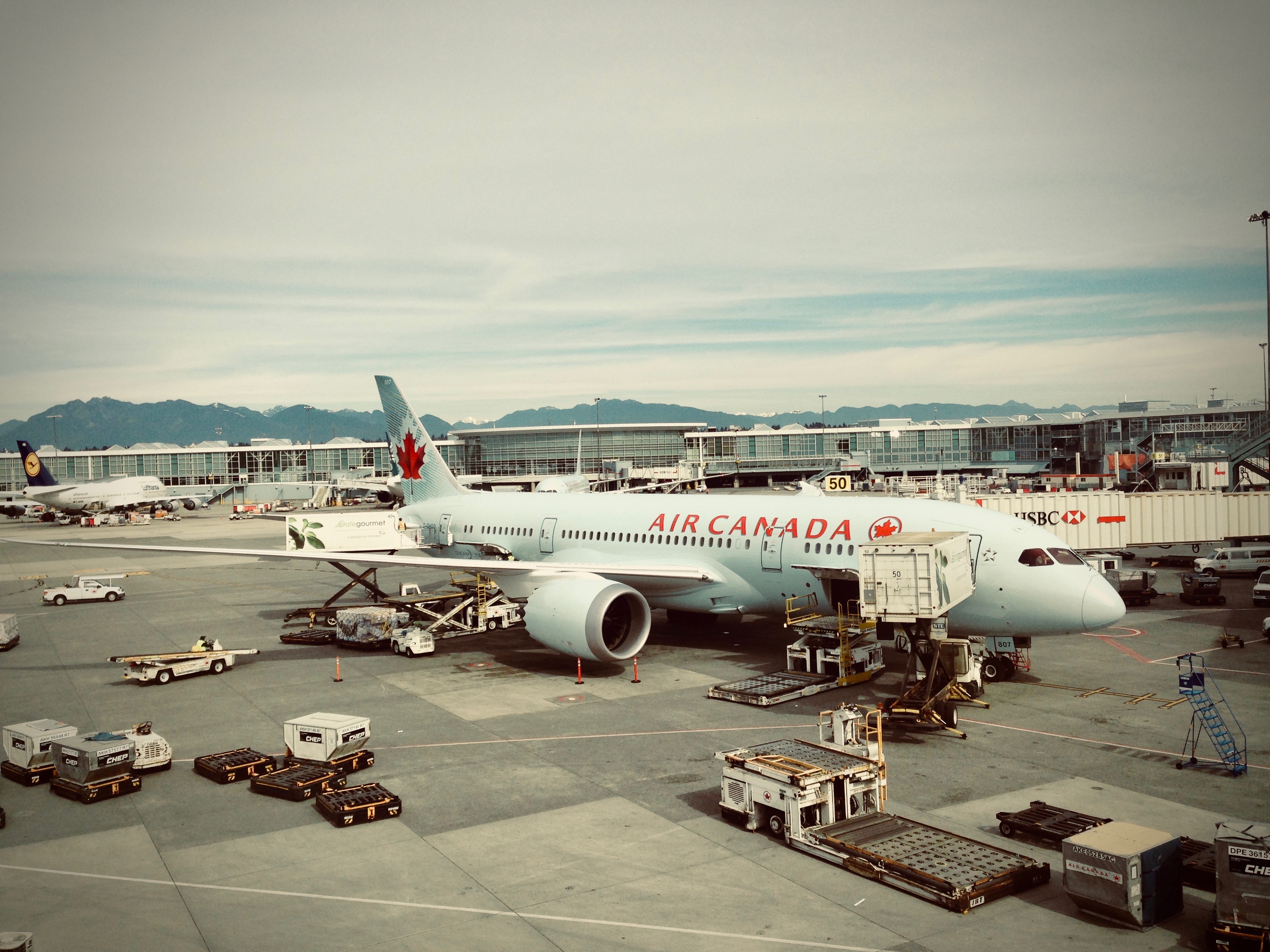 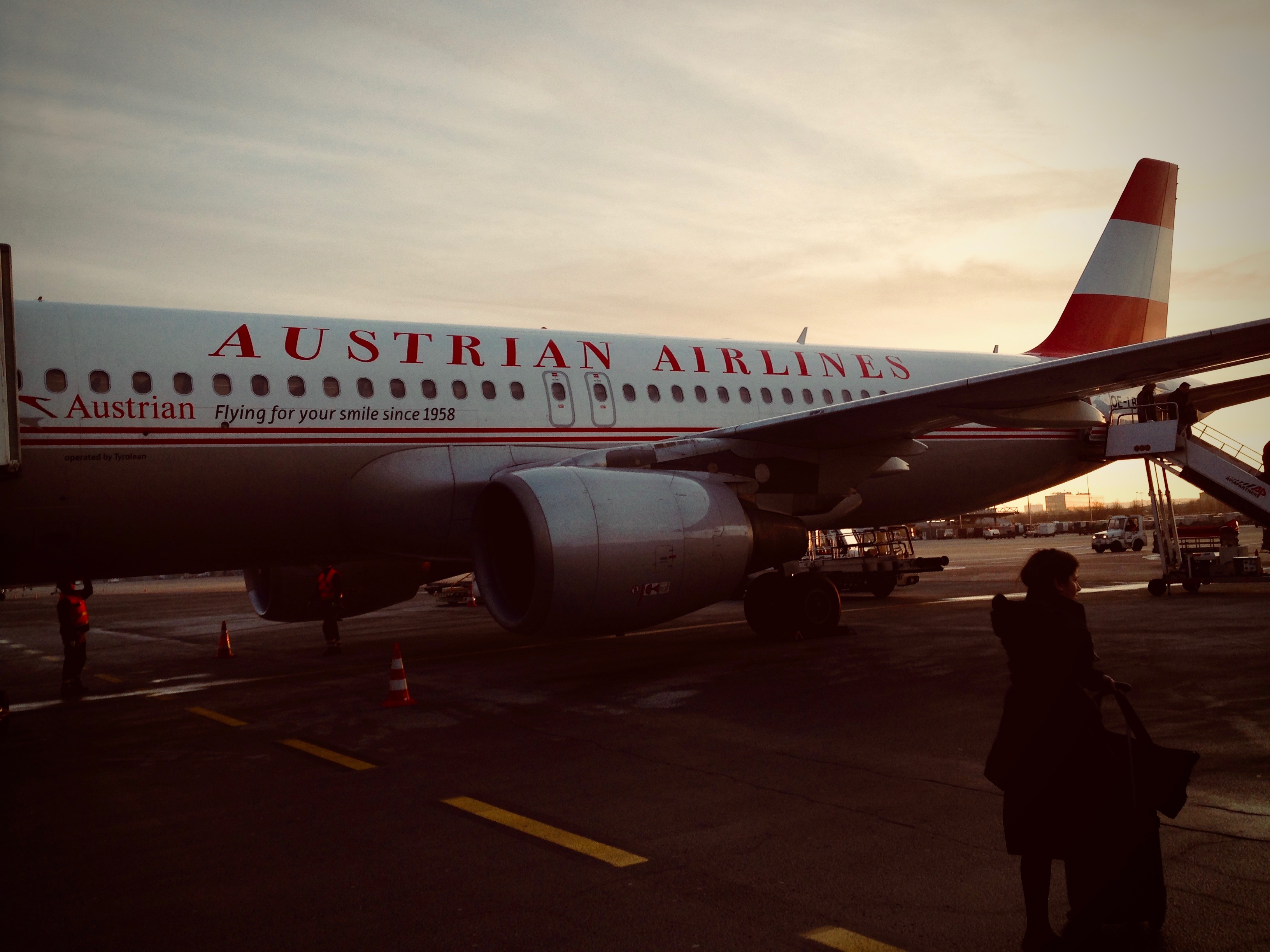